A Model Playground in Thessaloniki by bwin! 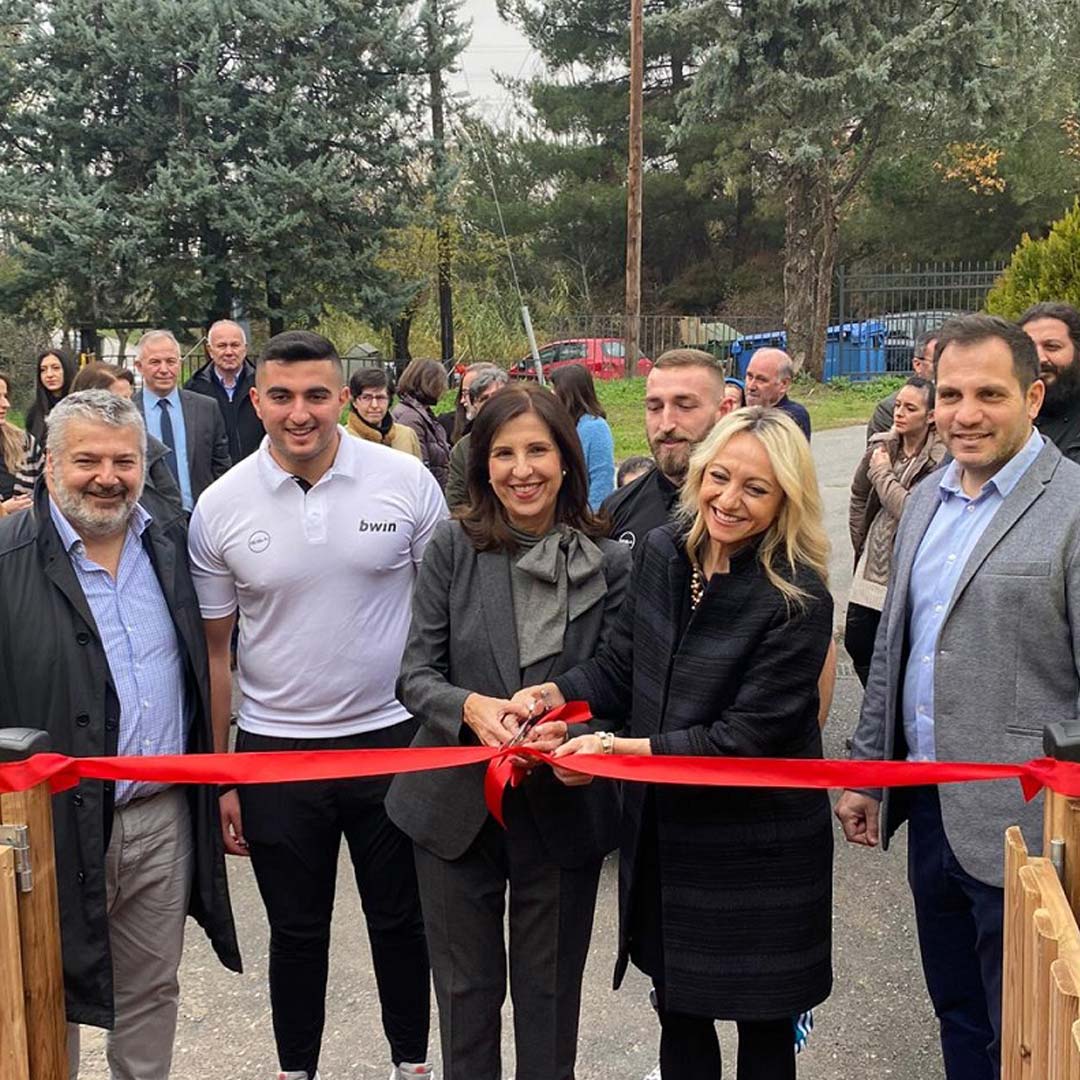 At ELEPAP Thessaloniki we are celebrating the 50 years of operation, by inaugurating a Model Children’s Playground for our Brave Kids at Elaiones, Pylaia.

Thanks to bwin, on Wednesday 18/12, a vision that we have had for years has come true for our Brave Kids in Thessaloniki! Our Model Playground was inaugurated by Lila Bakatselou, President of the Local Governing committee of ELEPAP and Mrs. Ioanna Beriou, Director of Corporate Communications at bwin.

Children with disabilities can play daily alongside their typical developing peers in this playground. All children aged 3 – 10 years are now able to surmount all obstacles and discrimination, which until nowadays did not allow them to enjoy the pleasure of playing with their peers.

Work therapists and special scientists were involved in designing and constructing the playground, so as to serve the needs and preferences of every child. Even children in wheelchairs can now safely use swings, slide and seesaw.

Lila Bakatselou said she was greatly moved by the implementation of the project of the Model Playground, but also by the valuable moments of laughter and joy that she hopes children will experience there.

Before cutting the ribbon, ELEPAP Thessaloniki children sang carols and other Christmas songs, put on a short theatrical performance that greatly moved all those present.

The audience included a large number of ELEPAP friends; members of the Local Governing Committee of ELEPAP Thessaloniki; Petros Lekakis, the vice-mayor responsible for sports of the Municipality of Thessaloniki; as well as Ioannis Kapodistrias Managing Director of BWIN Greece; Odysseas Mouzenidis World Shot Put Champion; and Konstantinos Zikos, sprinter, both members of the bwinners program: “We Support the New Generation of Olympic Champions”.

“The model playground is a real jewel in the collection created at ELEPAP, thanks to the sponsorship of bwin, which after its contribution for the construction of the sensory integration room, is jointly celebrating with us the ELEPAP 50 year anniversary by creating this amazing and original playground, which will give the children the opportunity to enjoy things that they have not been able to do until now, on a par with other children", said Mrs. Lila Bakatselou.

Mrs. Ioanna Beriou then stated: “We hope that we will have the possibility to carry out more such actions in the years to come. All companies that talk to society and hear its needs are the same companies that build solid foundations for a creative future with promising growth for themselves, society and people. Access to play is an inalienable right of all children. Both the model playground in the Thessaloniki, as well as the model sensory integration rooms for children with disabilities and neurodevelopmental problems are proof of bwin’s tangible support of the valuable work carried out by ELEPAP. We hope that the model playground that we inaugurated will delight the children and elicit a lot of smiles and laughter.”